A lady has expressed her confusion over the paternity of her unborn child.

The lady who got pregnant revealed that she had slept with her boyfriend and her ex-boyfriend on the same day.

The lady revealed that she had had a falling out with her boyfriend which led her to text her ex who asked her to come over.

The evening that same day, she made up with her boyfriend who as well, slept with her.

Expressing her confusion, she stated that she was in her safe period and couldn’t fathom how it had happened. 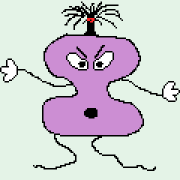 [Why Men Should Be Paid] Guys, Here Is What You Lose Every Time You Have S3x

Is Joint Account Advisable For Couples – Can You Do That? LET’S TALK!!!!

NL TALK!! You Gave Your Girlfriend Your ATM Card To Withdraw Money & She Checked Your Balance – How Will You React?