In recent times we’ve had A-list artistes like Wizkid, Burna Boy, and Davido jump on this beat.

Wizkid today, Tuesday 14th of September dropped his much anticipated single”Bad To Me” and the song has generated different reactions from the fans.

This is not the first time Wizkid will jump on the beat, as he was featured on Kabza De Small’s “Sponono”, with Burna Boy in 2020.

Davido on the other has been jumping on the amapiano beat more than the other guys. Songs like “Champion sound“, “Ke star“, “High” and more.

Other artistes like Zinoleesky, Asake, Niniola, Falz, Adekunle Gold, Mohbad and so much more have all jumped on this beat, we can say 90% of Nigerian artistes have jumped on the amapiano beat.

So here is the question for you guys 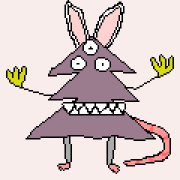